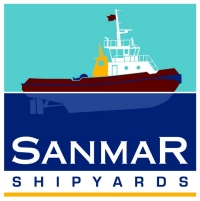 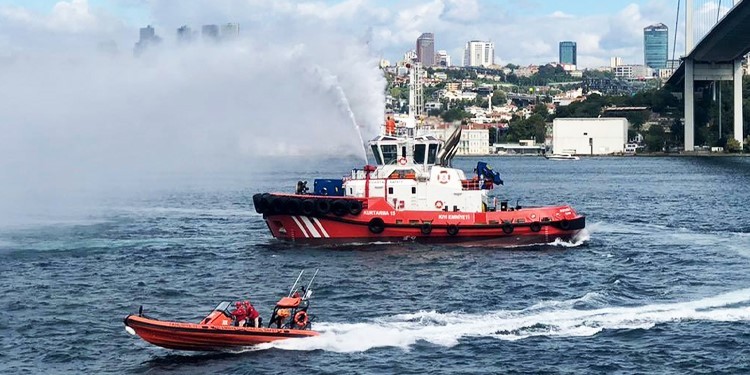 Sanmar Shipyard Delivered the KURTARMA-15 Tugboat to the
Coastal Safety

The emergency tug named KURTARMA-15, built by SANMAR Shipyard for the Directorate General of Coastal Safety, was delivered after the temporary acceptance signing ceremony. 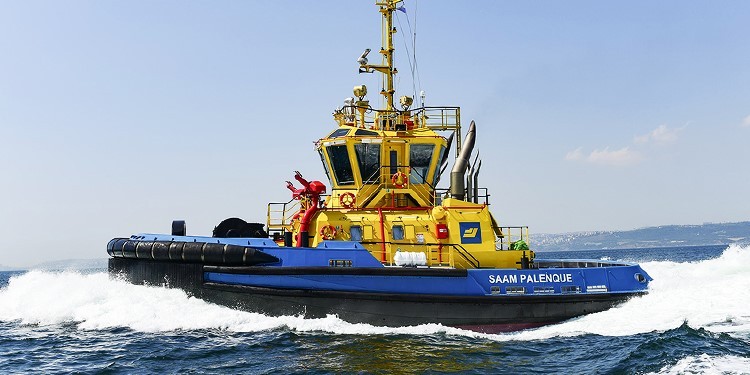 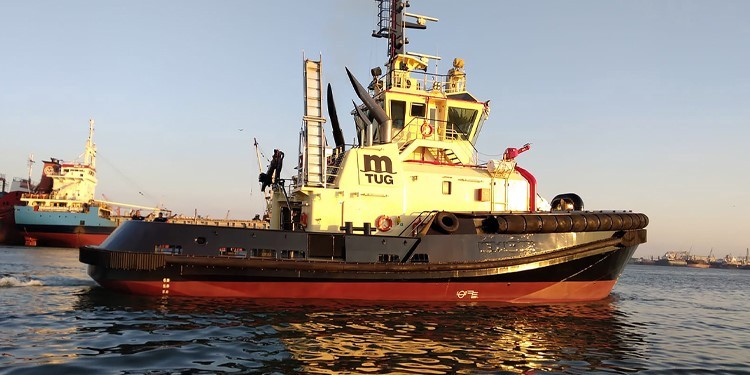 A New Tugboat from Sanmar to Tripmare

Sanmar, a brand of Turkey that has made its name known to the world in tugboat building, delivered the Voith Schneider Propeller (VSP) system tugboat, named EITAN by its new owners, that it had built for the Italian operator Tripmare. Tripmare, which previously purchased two tugboats from Sanmar to serve in Israel’s Ashdod Port operations, preferred Sanmar for the third tugboat to serve at the very same location.

Sanmar has delivered the "Tier lll" tugboat, the first of two eco-friendly tugs it has built for Norwegian operator Buksér og Berging. The low-emission tugboat built at Sanmar's shipyard in Altinova was named "Bamse" by its new owners.

Sanmar has delivered Albatros, one of the most powerful tugboats in the specially designed RAmparts 2400SX class, to SAAM Towage, which has started a new service from Callao Port, 12 km from Lima, the capital of Peru.

Sanmar delivered the first of the unique ice breaking tugboat

Sanmar has delivered the first of two unique high-performance tugboats to Finland-based operator Alfons Håkans, specially designed to operate all year round in the harsh conditions of the northern Baltic Sea. 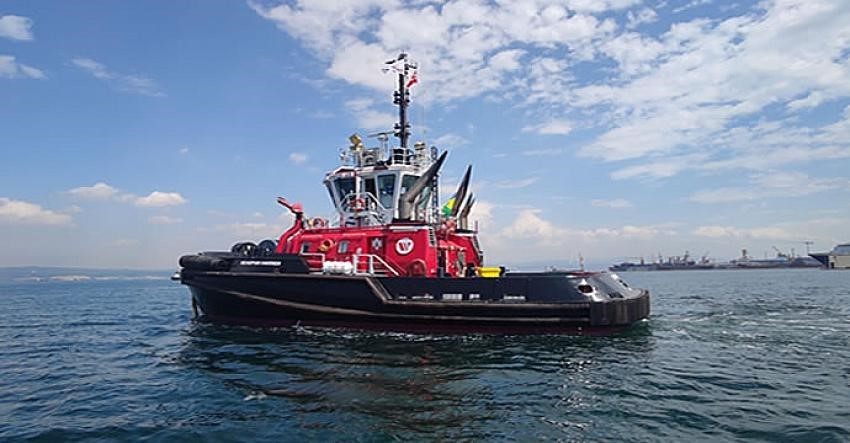 This year, Sanmar delivered the second of its modern tugboats with the same features to the Vancouver Canadian operator Seaspan.

Completed in 2016 at Sanmar Altınova Shipyard, Boğaçay XI was named Seaspan Harrier by its new owners and departed from Turkey to Canada on April 15th.

Seaspan named Boğaçay VIII, which it received from Sanmar towards the end of 2020, as Seaspan Raptor.

Sanmar adds the most powerful tugboat to its fleet

Sanmar has added the high performance ASD tugboat with 82.5 tons of towing force, built in Tuzla shipyard, to its fleet. 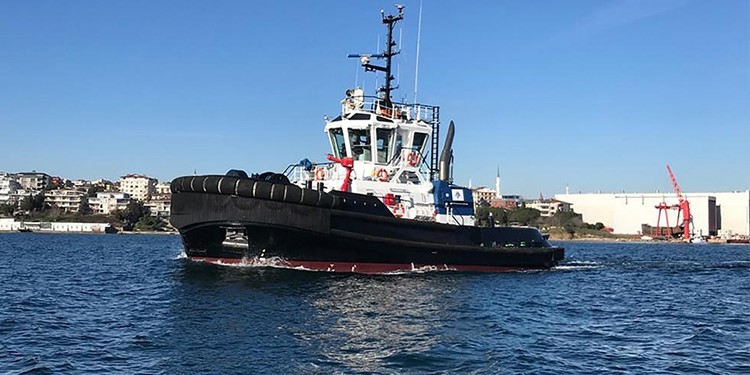 The Sırapınar XII tugboat, built by Sanmar Shipyard, was delivered to the Portland Harbor Authority, which operated the former Royal Navy port.

Sanmar completed the Deliçay VIII model, one of the powerful compact tugboats of the popular Deliçay series, and included it in its own fleet. 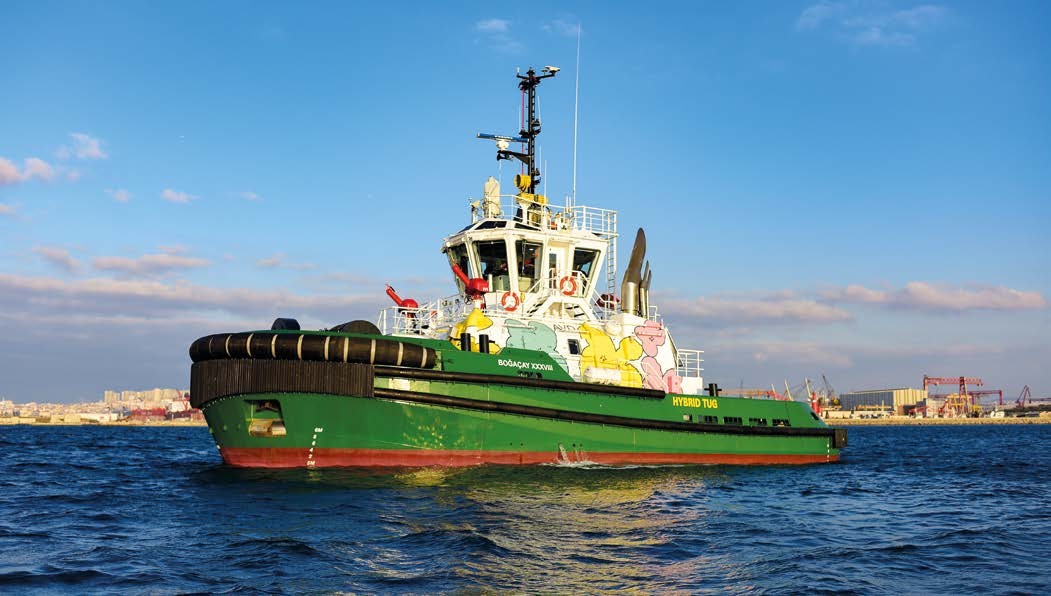 Another first from Sanmar

Having written its name among the most important tugboat manufacturers in the world with its important projects and firsts, Sanmar broke another first. The shipyard added the world's first Advanced Variable Drive (AVD) "Hydraulic Hybrid" tugboat BOĞAÇAY XXXVIII to its fleet with a ceremony. 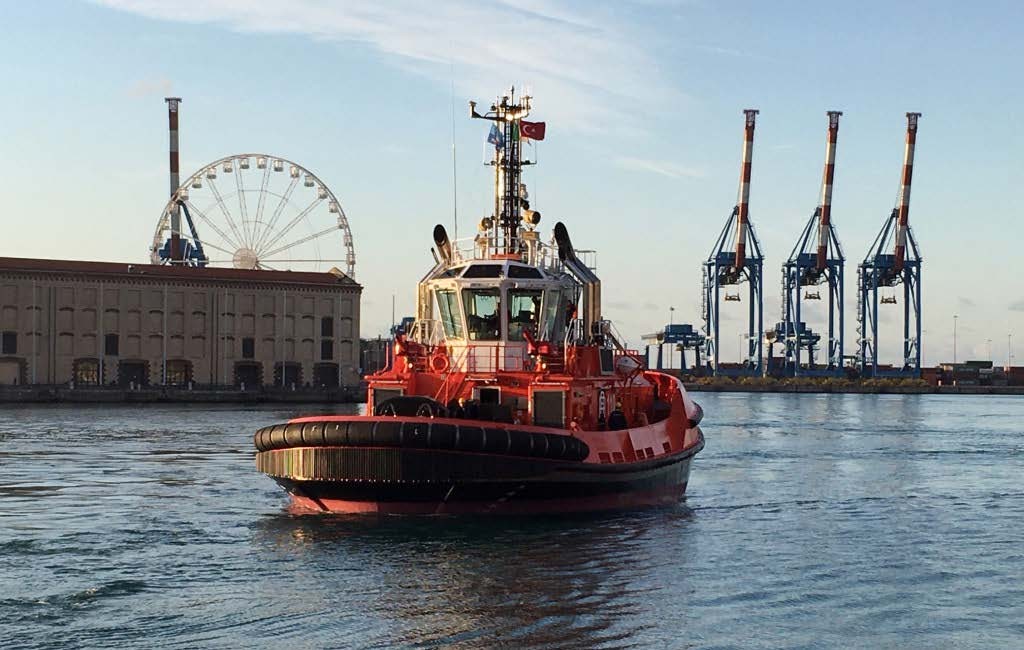 Sanmar does not slow down

Sanmar sent the tugboats it completed, to Scotland and Italy. 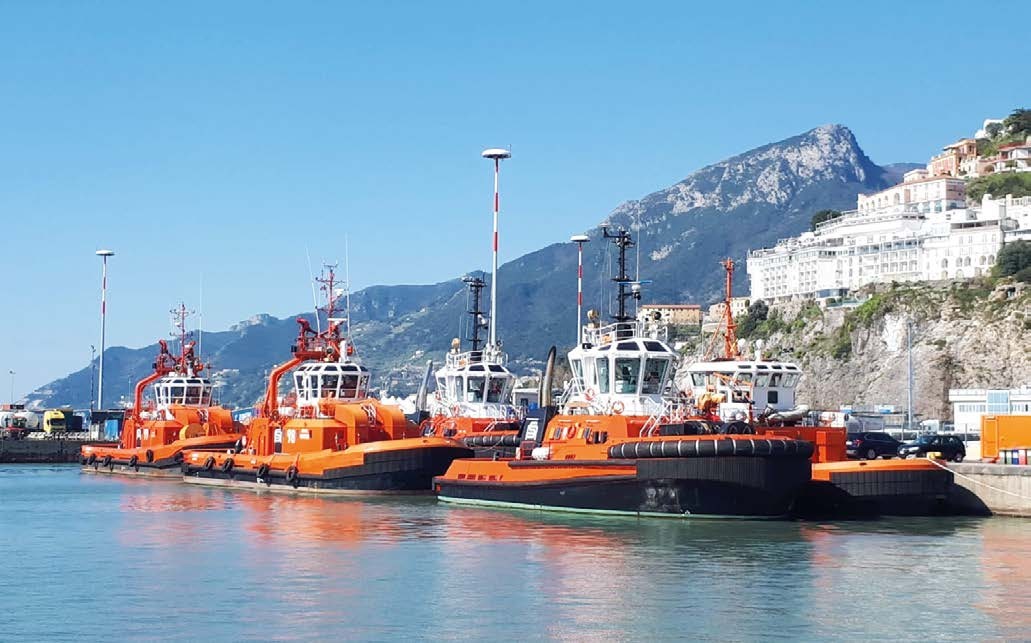 Sanmar announced that it has delivered a new tugboat to Italian Rimorchiatori Salerno. 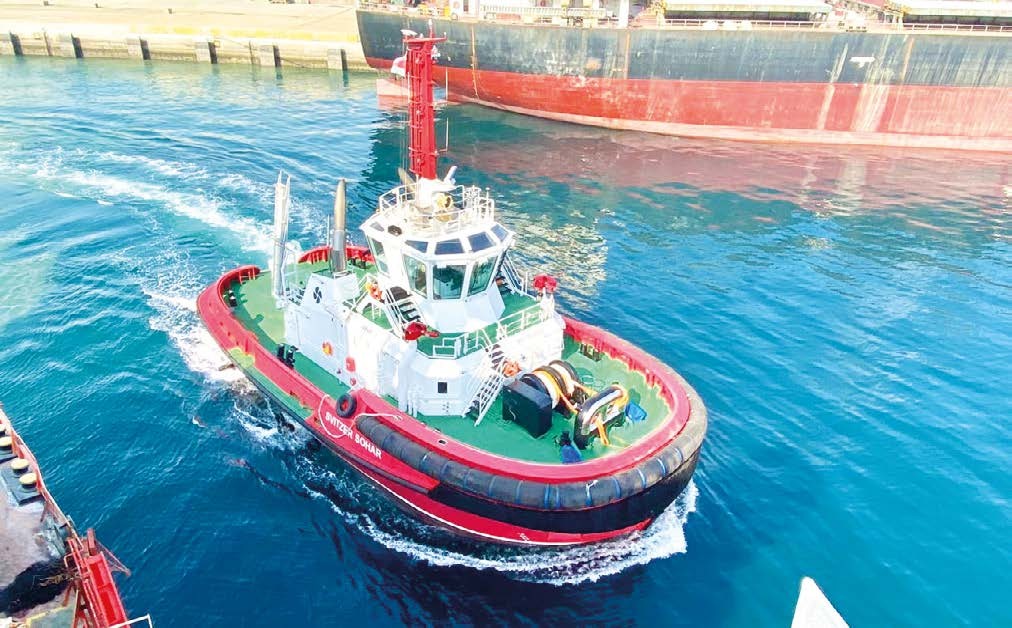 Another Sanmar to Sohar Port

Sanmar Shipyard delivered the third tugboat to serve in Sohar Port within Svitzer. 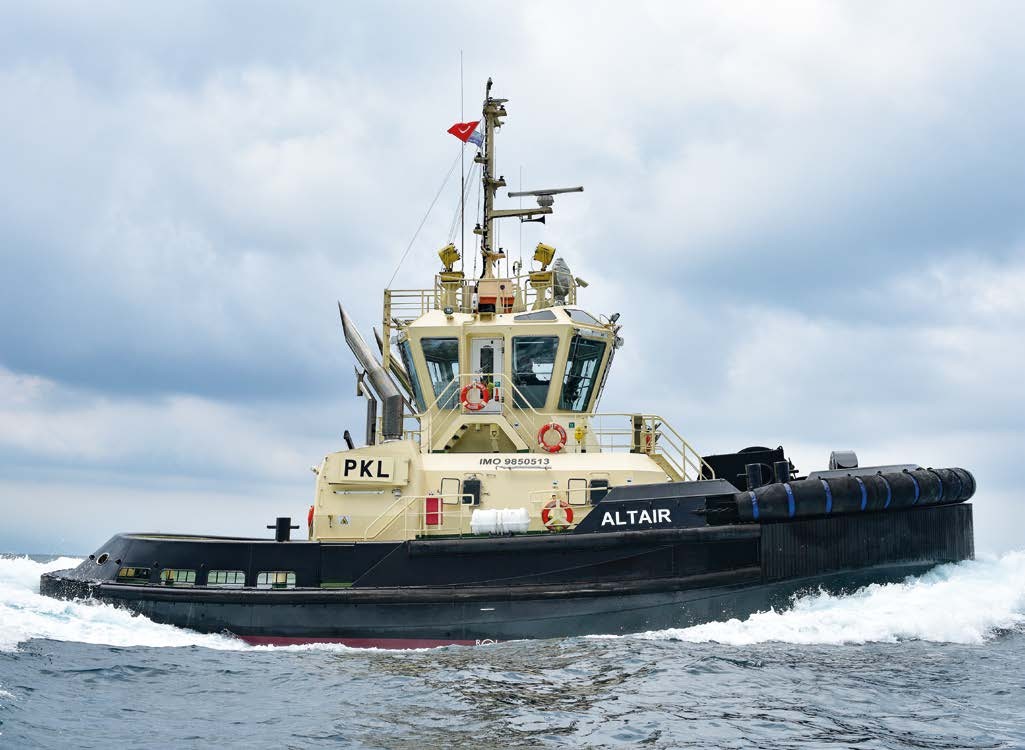 Sanmar in the Baltic Sea ...

Sanmar does not slow down despite the adverse conditions created by the Covid-19 pandemic. The shipyard delivered the tugboat it built for AS PKL Flote, which operates in Latvia's Ventspils port. 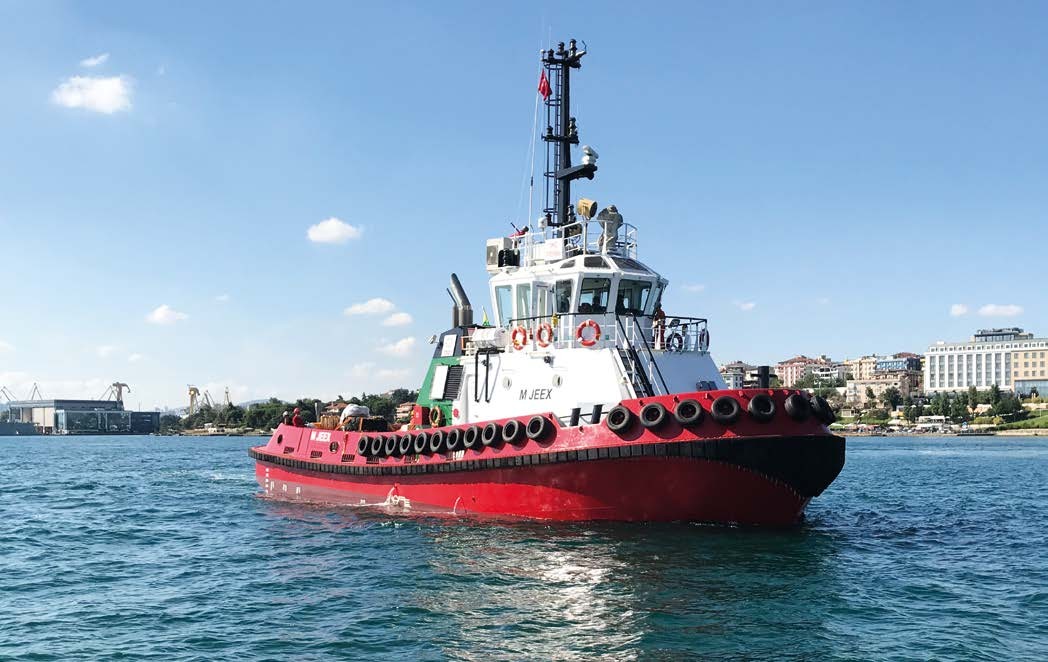 Global port operator DP World chose Sanmar for the tugboat to be used in its operations in Berbera.